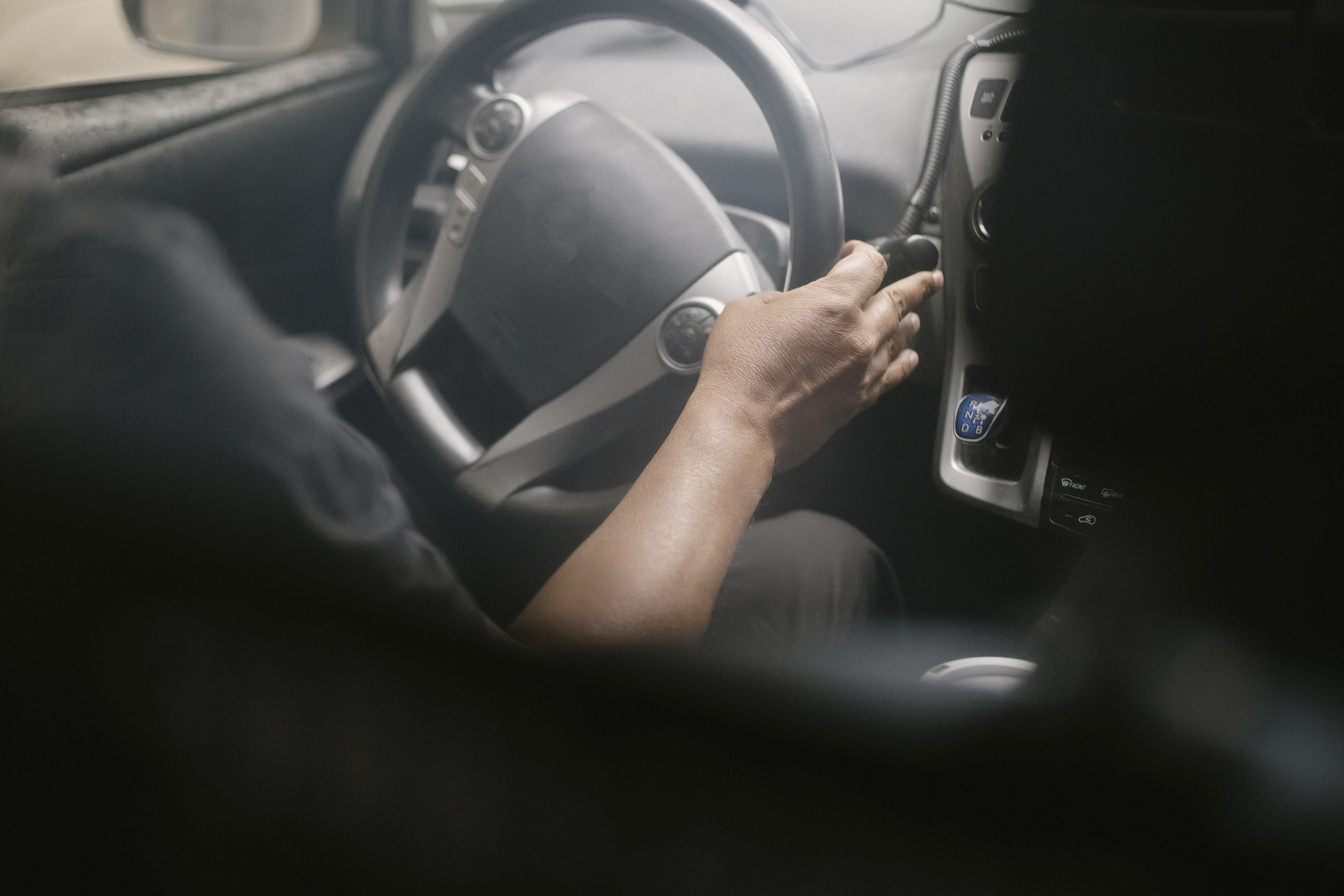 If we look at life 100 years ago and compare it with life today, we will notice that science has drastically changed human life. With the dawn of the Industrial Revolution in the 18th century, the effect of science on human life changed rapidly. Today science has a profound effect on the way we live, largely through technology, the use of scientific knowledge for practical purposes.

Some forms of scientific inventions have completely changed our lives. For example, the refrigerator has played an important role in maintaining public health since its invention. The first automobile, dating from the 1880s, made use of many advances in physics, mathematics, and engineering; The first electronic computers emerged in the 1940s from simultaneous advances in electronics, physics, and mathematics. Today we have high-speed supercomputers with 100% accuracy.

Science has a huge influence on our lives. It provides the basis for much of modern technology: the tools, materials, techniques, and sources of power that make life and work easier for us. Scientists’ discoveries also help shape our views about ourselves and our place in the universe.

Research in food technology has created new ways to preserve and flavor what we eat. Research in industrial chemistry has created a wide range of plastics and other synthetic materials, which have thousands of uses in the home and in industry. Synthetic materials are easily formed into complex shapes and can be used to make machines, electrical and automotive parts, scientific, technical and industrial instruments, decorative objects, containers, packaging materials, and many other items.

1: The use of science in daily life has helped us a lot in solving problems, in maintaining health, producing and preserving food, building houses, and providing communication and transportation facilities (related with transportation). With the help of science we have controlled epidemics and many other types of diseases. We now know that the basic structure of DNA and Genetic Engineering is conducting research to find the correct and correct Gene Therapy to overcome all diseases.

2: Science has changed people and their way of life, lifestyle, eating habits, sleeping arrangements, income methods, the way of communication between people and recreational activities. All kinds of music systems, computer games, electronic video games, DVDs, film entertainment, and communication have come to our doorstep with the help of Science. Man’s life was very different from what it used to be 100 years ago. Science has given ears to the deaf, eyes to the blind, and limbs to the crippled. Science has adequately, energetically, and productively advanced, changed, civilized, improved, and progressed human life. Science has brought sophistication to human life.

3: Today, with the help of science, we can explain what was strange and mysterious to the people of the past. The science of genetics opens new doors to understanding the human gene and cell.

4: Now human beings have become more critical and less fearful than our ancestors and ancestors.

5: Two hundred years ago, the infant mortality rate was very high. In those days, seven out of eight babies died before their first birthday. Now, with the help of vaccines, medications, and a proper health care system, life expectancy has improved. People now live longer and safer lives compared to 200 years ago. Biochemical research is responsible for the antibiotics and vaccines that protect us from infectious diseases and for a wide range of other drugs that are used to combat specific health problems. As a result, most of the people on the planet now live longer and healthier lives than ever.

6: After that and until the age of 12, diseases such as smallpox, measles, whooping cough, scarlet fever and diphtheria used to fall prey. Now science has beaten these diseases.

7: At a later stage, again, one was under constant threat of yellow fever, malaria, typhus, cholera, typhoid, and influenza. Today we have vaccines and medical assistance to deal with these health problems. More research is being done to discover the causes and treatment of these and other diseases.

8: From one person, the disease used to spread among the other people. It’s called Epidemics. Now, with the help of vaccines and drugs, we have defeated these diseases. But still, science has to do more research and grapple with other fields of disease.

9: Life was uncertain. It was rare to see someone in their thirties because due to illness many people died before the age of thirty. These conditions prevailed a short time ago.

10: In everyday life, we have to communicate with different friends and family, various official and general purpose people. And many people who need to be contacted may be at very far distances. However, time and distance have been conquered by science. Whether we want to communicate or travel, both are possible quickly, energetically and expeditiously.

11: These days there is very little chance of babies contracting diseases, because deliveries are normally carried out in hospitals under the supervision of a team of specialist doctors. Science has invented vaccines for young babies to protect them against later life diseases.

13: Science and scientific methods have helped to discover the cause of the disease and its prevention.

14: Sanitary conditions in the past were deplorable. We now have better healthcare systems.

15. The city streets were unpaved; there was no proper drainage system. Trash and other rubbish was everywhere. Pigs were seen roaming the streets. People drew water from dirty wells. Filtered mineral water is now available to overcome illness. The management of solid waste is not a problem today, it is the duty of the municipal committees of the city to manage it and dump it with state-of-the-art machinery and equipment.

16: Now all these flaws are gone. There is cleaning everywhere. It is illegal to litter the streets. There is an adequate drainage system and new and improved methods for solid waste management, as mentioned above. There are separate departments that care about the sanitary state of the towns.

17: A century ago, for domestic purposes, water was transported from wells to the outside in buckets. Sometimes it was detrimental to human health. Also, it was insufficient for daily needs. But now water filters have become commonplace.

18: Now there is sufficient water supply in cities. For example, Los Angeles gets its water through pipes from the Colorado River, which is 340 miles away. This water is supplied to Los Angeles after the proper water filtration process.

19: With the help of science there is also a change in our diet. We get varieties of food. In the past, food could not be preserved. But now quick freezing methods have made preservation possible. Due to modern technologies such as dehydration and sterilization, there is no possibility of food poisoning. We get all kinds of fruits, meats and vegetables. Even those fruits and vegetables that are out of season.

20: Not only are our eating habits changed, there are also improvements in our homes. The means of transport have also undergone great improvement and change.

21: Science has also changed our attitudes. Superstitions have been discarded because they have no scientific basis. Now people are not afraid of cloud thunder.

22: Now people no longer believe that diseases are caused by evil spirits.

23: Astrology and divination have lost popularity compared to 100 years ago. No one is afraid of black cats, broken mirrors and the number 13. Because science has shown that these types of fears are not scientific and illogical.

24: Science has changed people’s old false notions, which are not supported by Scientific Facts.

25: Research in the field of science and technology has made people open-minded and cosmopolitan, because the scientist does not like to travel the beaten track and always tries to discover new things, new explorations, new discoveries and new inventions.

26: Science has also brought medical equipment that helps save human lives. The kidney dialysis machine makes it easier for many people to survive kidney disease that would once have been fatal, and the artificial valves allow those with coronary heart disease to return to active life. Since the 1980s, lasers have been used in the treatment of painful kidney stones. Lasers are used when kidney stones do not pass through the body after several days, they provide a quick and painless way to break up the stone and allow the stones to pass easily through the body. This technique is called lithotripsy.

27: Arthroscopic surgery is a technique that uses fiber optics to explore complex joints such as the knee, shoulder, ankle, and wrist to assess injury. It is a minimally invasive operation to repair a damaged joint; the surgeon examines the joint with an “arthroscopy” while making the repairs through a small incision.

28: 200 years ago no one even knew that parts of the human body can be replaced or transplanted. Now, kidney transplantation is widely used to save human lives around the world. Dr. Christian Bernard first invented the heart transplant method. Eye transplantation techniques are used these days to re-see this beautiful world, for those who have lost their sight. All of these are the blessings of science.

29: Ultra High Frequency (UHF) waves are allocated for a variety of uses, including television, cell phones, public safety radios, commercial radios, military aircraft communications, military radars, cordless phones, baby monitors, etc. . So whether someone is watching over-the-air television, talking on a cell phone, dispatching police / fire / ambulance to an emergency they are experiencing, or having national airspace protected by military aircraft, everyone is benefiting from the science that Has allowed the use of UHF waves. It is even used to treat some diseases.

30: For communication, we now have landlines, mobile cordless phones, cordless phones, mobile phones, cordless, video conferencing, Internet, broadband Internet, email, social media, satellite communication, and many other ways to communicate. All of these are blessings of science. Today we are more aware of what is happening around the world thanks to satellite television channels. The benign and beneficial benefits of science for human life are endless.