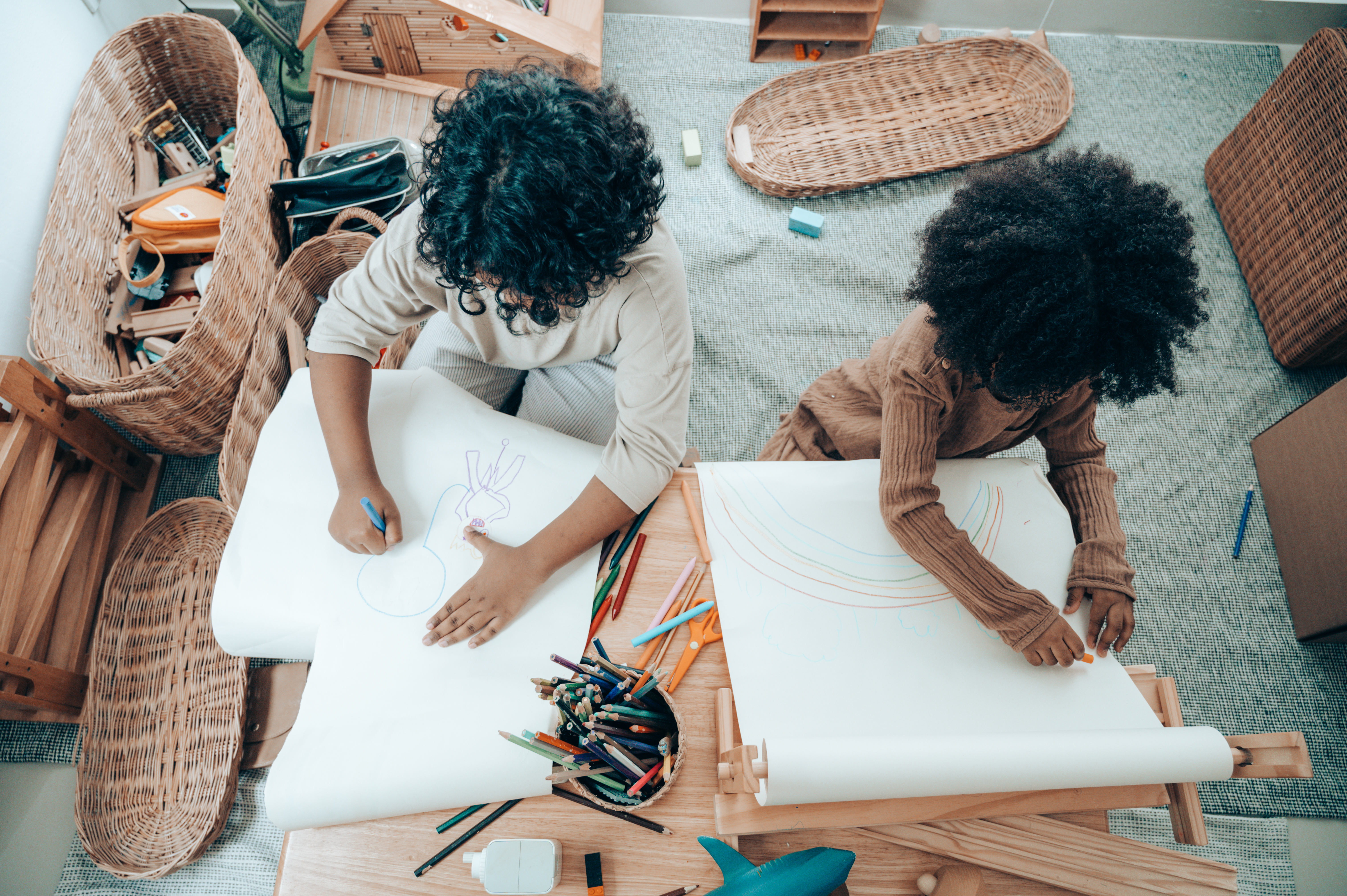 It was called the “most decadent building ever built,” and there is no question that Old Brewery, located in the Five Points area of ​​Lower Manhattan, was the quintessence of iniquity.

The Old Brewery was originally what the name implies: a brewery, built by Isaac Coulthard, just southeast of a body of fresh water called the Collect Pond. After more than a hundred years of being contaminated by various industrial companies, including the Coulthard Brewery, Collect Pond was filled during the 1811-1812 time period. New streets emerged over the old body of water and other existing streets were expanded.

In 1812, Cross Street (then Park Street, now Mosco Street) passed in front of Coulthard’s Brewery, and Orange Street (now Baxter Street) intersected with Cross just north of the brewery. At the intersection of Cross and Orange, Anthony Street sprang up, and soon two more streets intersected at this very point: Mulberry Street and Little Water Street (which no longer exists). This became the area known as the Five Points, and Coulthard’s Brewery was the center.

After the financial panic of 1837, during which 363 American banks closed completely and thousands of companies fell into financial ruin, Coulthard’s Brewery closed. It was converted into a residential building and renamed Old Brewery.

The Old Brewery, which was divided into more than 100 small rooms that housed more than 1,000 people, was five stories high, but only the top three floors had windows. Most of the rooms had no sunlight or fresh air, and some of the babies born there did not see daylight until they were in their teens. The exterior of the building was originally painted bright yellow, but when it was converted into a tenement house, the exterior walls were peeling and were now a sickly greenish color, looking like an old dragon ready to die.

There was a narrow alley one meter wide on the south side of the building, which narrowed even more, until it ended in a large room on the first floor called “Den of Thieves.” More than seventy-five men, women, and children lived in the Thieves’ Den without furniture or amenities. The women were mostly prostitutes, and they entertained their clients in this large room in full view of all who occupied the room with them.

The basement, which formerly housed brewery machinery, was turned into twenty small rooms, occupied only by black men with their wives, who were mostly white. In a basement room of about fifteen feet square, twenty-six people lived in conditions that can best be described as squalor and squalor. One day a girl was stabbed to death there, when it was discovered that she was in possession of a shiny new penny. The girl’s corpse lay in a corner for five days before her mother buried her in a shallow grave in the ground.

On the top three floors, which were occupied by Irish Catholics, ran a long corridor aptly named “Assassin’s Alley.” Throughout Murderer’s Alley were seventy-five rooms, occupied by murderers, thieves, pickpockets, prostitutes, and degenerates of every stripe known to man. Incest was common and fights were a constant occurrence. During all hours of the day there was some kind of disturbance in Murderer’s Alley. The victims, who had been lured into the brewery with the promise of alcohol, sex, or both, were killed and shoved into the walls and under the floorboards. It was estimated that during the last fifteen years of its existence, at least one murder per night was committed at the Old Brewery.

Things were so dangerous, that if only a handful of policemen entered the brewery to quell a riot, they were instantly attacked and killed, and their clothes stolen, before their bodies were buried in a small crevice in Murderer’s Alley. As a result, when the police stormed the building, they arrived with a full force of 50 to 75 men, armed with clubs, bats, pistols and knives.

Just as it was dangerous for people to enter the building, it was also dangerous for the inhabitants of the building to venture outside. The inhabitants of Old Brewery were so hated and feared by the general public, that any human who walked out the front door of the brewery was immediately stoned and beaten with bats. This caused people who wanted to leave the brewery to do so through a maze of tunnels that wound through the entire Five Points area.

As extravagant as it may sound, some of the inhabitants of the Old Brewery had been prosperous people of some importance. The Panic of 1837 had something to do with it, but most of the people who knew better sank to the level of the balls of slime that surrounded them. The last of the Blennerhassetts, the second son of Harman Blennerhassett, who conspired with Aaron Burr to form a Western dictatorship, was rumored to have died at Old Brewery, as did other families of a higher calling. They decided of their own free will that they would spend their final days entrenched in the violence, madness, drunkenness, and promiscuity that was the daily way of life at the brewery.

The churches of that time expressed great anguish over what was happening in the brewery. However, they were unable to make a dent in the brewery’s myriad problems because those churches were mostly Presbyterian, while the inhabitants of the brewery were overwhelmingly Irish Catholics, who detested Protestants due to the persecution of Catholics in Ireland. , where most of these wretches were born.

In 1840, a congregational church called the Broadway Tabernacle was built on Broadway near Anthony Street, a short walk from the brewery. But although many attempts were made to do humanitarian social work at the brewery, nothing important was ever achieved.

In 1850, the Ladies’ Home Missionary Society of the Methodist Episcopal Church sent Rev. Lewis Morris Pease to Five Points, along with his wife, to open a mission on Cross Street near the brewery. Pease was considered one of the great humanitarians of his time. But he soon realized that the brewery ills could not be fought unless the conditions that caused crime, vice, and poverty were removed. Pease had schools for adults and children, and he also established workrooms in the brewery where clothing manufacturers shipped clothing materials, so that Pease and his wife could make decent clothing for the brewery’s inhabitants. This did not please the Ladies Home Missionary Society, which insisted that preaching the word to God was Pease’s job, not engaging in worldly activities.

A year after his job at the Old Brewery, Pease was replaced by the Reverend J. Luckey, a prominent evangelist. The reason Pease was fired was because a group of ladies from the Ladies Home Missionary Society visited Pease’s mission and found that since Pease and his wife were so busy making clothes for the poor, Pease had not given a religious sermon in more than two years. days. However, Luckey fared no better than Pease, and it was decided that in order for the misery and decay to end, the brewery had to be razed and replaced by a church.

In 1852, the Ladies Home Missionary Society, with money raised from a group of philanthropists led by Daniel Drew, bought Old Brewery. The purchase price was $ 16,000 and New York City contributed $ 1,000 to the purchase. On December 1, 1852, the Ladies Home Missionary Society asked the police to raid the brewery and evict the wretches who still lived there. Dozens of armed policemen stormed inside and numerous fierce battles broke out at close range.

By the end of the day, the police had arrested twenty known murders, and the children, who had never seen sunlight, blinked in terror as the police dragged them out of the building.

The next day, the demolition of the Old Brewery began. As the building was being torn down, workers were seen carrying numerous sacks of human bones that had been found inside the walls, under the floorboards and in the basement. In the days that followed, dozens of gang members raided the facility in search of buried treasure that they heard had been hidden there. However, nothing of value was ever found.

It cost $ 36,000 to build, and on January 27, 1853, Bishop Jones laid the cornerstone of the Methodist Episcopal Church, which now stood on the Old Brewery site.

New York City rejoiced at the demolition of the Old Brewery and the creation of the church. The Rev. Thomas Fitz Mercein was so moved that he wrote a poem celebrating the occasion. He said:

God knows it’s time for your walls to go!

The blood of life, as through a heart, flows:

Of withered hearts that fall!

Oh! this world is severe and gloomy,

God! Have you never called the weary

Don’t they have a home in you?

Sprouts from your grave!

Praising the “Strong to save!”

Fly to every call

Until every lip has this gospel,

“Christ pleaded for us all!”

Oh! This world is grim and bleak

Praise the Lord! A voice has called the weary

In you he has found a home!